skip to main | skip to sidebar

A thought I've been entertaining about growing up:

it's a ritual of being brought face-to-face with ones' deepest fears.
Posted by Greg at 6:19 AM No comments:

The virtue of long lines of sight:

2) Something must exist beyond each human's manipulation because people learn to cope with reality when reality is different from their imagination. If the reality is the same as the imagination, there is no escape from falling into solipsism. In extraterrestrial communities, everything can be virtually controlled. In fact, technically nothing should go beyond human control even though this is psychologically bad; however, some amount of "unpredictability" can be built in within a controllable range. One way to achieve this is to generate artificial unpredictability by means of a table of random numbers. Another way is to allow animals and plants a degree of freedom and independence from human planning. Both types of unpredictability must have a high visibility to be effective. This high visibility is easier to achieve in a macrogeometry which allows longer lines of sight. Something must exist which grows. 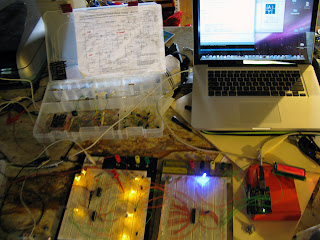 3) Interactive processes generate new patterns which cannot be inferred from the information contained in the old state. This is not due to randomness but rather to different amplification by mutual causal loops. It is important for each person to feel able to contribute personally to something which grows, that the reality often goes in a direction different from expectation, and finally that what each person takes care of (a child, for example) may possess increased wisdom, and may grow into something beyond the individual in control. From this point of view, it is important personally to raise children, and to grow vegetables and trees with personal care, not by mechanical means. It is also desirable to see plants and animals grow, which is facilitated by a long line of sight. 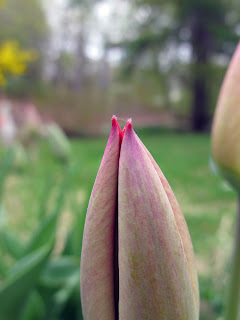 http://en.wikipedia.org/wiki/Solipsism_syndrome
Posted by Greg at 9:30 AM No comments:

the tlc5940 and arduino, some preliminary remarks:

now that the analog synth project is sort of done, thoughts turn toward the same design but as a sequencer-controlled analog synth. Forgo pots entirely and build a complex analog synth using LDRs; THEN control all the LDRs with LEDs driven by a serial LED driver (MAXX or Ti) from the arduino.

Also control an LCD display (sparkfun 2x16 serLCD), and use a pot and two or three buttons to program the whole thing. I bet it could be done with one button and one pot.

The programming would be annoying, because each beat would have about 10 or so parameters, but it would be very versatile. Saving data after shutdown may be an option, with primary goals being beat programming and arbitrary sequence length (for nontraditional tempos), with a ’hit’ function that previews a beat while working on the settings.

So experiments begin with the MAXX and Ti drivers- 16 leds with 4096 levels should be enough... (They’re very easy to daisy chain too)

Anybody have any experience with the sequencer programming part? I guess it’s going to be an array of variables with length n set by the number of beats programmed. It’ll be fun to look into the whole thing. 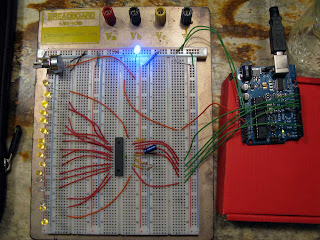 Amazing piece of hardware! IC plus 3 components controls 16 individual LEDs, with 4096 shades from off to full on. (they'd also control motors or servos) the best part is these LEDs don’t even need limiting resistors. It doesn’t care about the forward voltage of the LEDs either, so low voltage red ones can be used right next to 4+ volt near-UV LEDs, completely nekkid, with one leg in +5V, and another into the TL5940 with no care in the world!

The programming part looks great too, the code library makes it simple to address each LED and tell it what fade it should be. fade durations can be set too: fade up/fade down for envelope controls... each LED can fade up/down independently of the others in software as well.

Now to get the nice red backlit LCD display connected and figured out a bit.

Worked out a way to get as many controls as needed from a single pot: use it as a voltage divider. Then the arduino can do X if the voltage is below a certain point, and Y above that point. The pots’ range can be divided up as many ways as needed to allow scrolling through options...

one pot, one button, with at least ’set’ ’forward’ and ’back’ with a twist of the pot, for each value being accessed in the sequencer.

Once the hardware’s built, the software can be updated without touching the soldering iron. This, to someone familiar with analog stuff, is mindblowing.

so the arduino and 5v TL5940 will be one board, controlling a 9-12V synth circuit on another board via LEDs and light-dependent resistors.

One other thing: the arduino analogread () is only half the available resolution of the 5940s 4096 shades, so I think dividing the pot again will help: a bit north and south of center, it will take 2048 (the middle value) and add or subtract one, repeatedly. Further toward the ends, it would do it faster and faster, allowing the user to controllably scroll through all 4096 brightness values without dealing with the limits of the analogread () pin.

On a side note, I wonder what sounds could be made straight off the 16 fully controllable PWM ’voice’ pins on this IC.
Posted by Greg at 6:05 AM No comments:

some subtle imperatives of self-assembly: 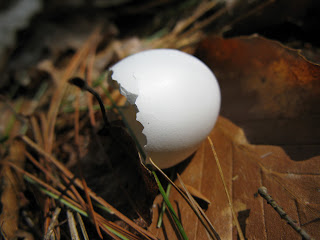 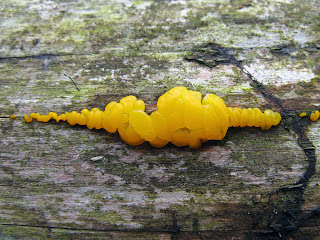 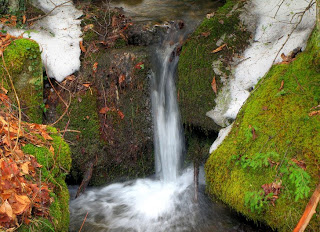 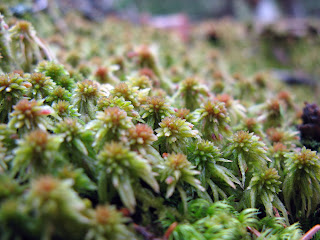 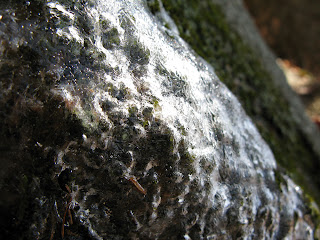 The problem with 'what do you want to do?':

...is that nobody knows what they really want to do until after they've done it.
Posted by Greg at 7:48 AM No comments:

My connecting flight from chicago dipped through remnants of a tropical storm near manchester. I watched the beam of landing lights shine off into clouds whipping by as sheets of water flew into an engine outside my window. The strobe at wings' end illuminated droplets, freezing them in random positions for an instant. The light was so brief that they weren't streaks; just points of light lingering in my mind where drops no longer were. Somewhere down below in the storm my future wife waited for me, with our future child slowly cooking in the oven of her womb. I was gladdened by the thought of that little being gestating in a soup of newly won happiness. Caprice.

She drove me home and we talked of the impending wedding, impending child and the unfolding joyous change in our lives. The next day she left for work and I took the flat of lettuce and squash someone had left on the tailgate of the truck and laid it on the damp edge of the driveway. I loaded the truck with trashcans (punched holes in them to let the fetid water out) and bags from the kitchen, loaded the Chihuaua and the Boxer into the passenger seat and drove to the dump to find it already closed. Returned from my jaunt of airing out trash back and forth through town, I prized the rusty mass of an ancient meat cleaver from the end of the old board in the barn, and with the flat of rootbound plants, ducked between wires around our small garden. I dug holes with the rusty blade and planted squash and rows of green romaine lettuce, disturbing the odd worm or grub in the process. Beans were blooming, small green tomatoes hung on vines, and I tossed inevitable rocks I turned up into the meadow. Above me, clouds of the spent storm hung, and mosquitos whirred around me languidly. Beyond the clouds, the sun shone and icetrails of passing planes doubtless hung. Above them small metal cans we'd flung into space spun endlessly, and beyond, wordless stares of countless suns were lost in the blue of sky above clouds.

The world? A droplet shaken from the bill of a crane, in a quiet swamp, catching moonlight.

(taxonomic specimen from the archives)
Posted by Greg at 9:41 AM No comments:

I don't know if this is true about men,

...but the happiest and most self-assured women I know have mercifully short memories.

Given the deep flaws in emotional memory, I don't see why this wouldn't extend to everybody.
Posted by Greg at 8:34 AM No comments: